Who is HashiCorp, the unicorn that talks to the DevOps?

Who is HashiCorp, the unicorn that talks to the DevOps?

Armon Dadgar is co-founder and co-CTO of HashiCorp and publisher of Terraform and other cloud management tools rooted in the DevOps philosphy. A partner company, the Swiss service provider Adfinis SyGroup, invited him to Geneva to take part at the LEC. ICTjournal took the opportunity to ask him some questions. 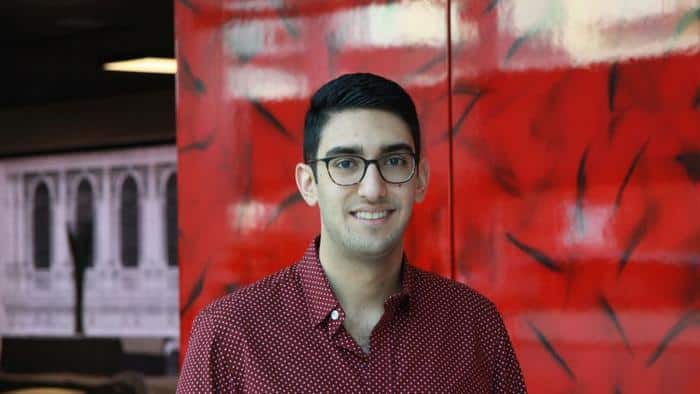 How was HashiCorp born?

HashiCorp was founded by the end of 2012. At the beginning it was just two of us with an IT background. As employees in a company specializing in AdTech, we realized that too much time was spent creating cloud management tools internally. In different sectors of activity, companies manufactured the same set of tools, each on its own, because no satisfying solution existed on the market. We founded HashiCorp to fill this gap and spent the first few years developing Vagrant, Packer, Consul, Vault, Terraform and Nomad, open source cloud infrastructure automation tools that are now used by millions of users.

When did you target the corporate market?

In 2016, we introduced some of our solutions into the commercial offering with a clear target: the enterprise companies. Since then, HashiCorp has grown rapidly. Our workforce more than doubled last year and is now nearly 500 employees. After focusing a few months on the US market, we now have a global presence, with teams in about ten countries across North America, Europe and Asia. Several rounds of financing have supported our growth, most recently with $100 million in Series D. Today, we are valued at approximately $2 billion.

Which needs do your solutions meet?

Our “Enterprise” offerings focus on four products. The first, Terraform, is intended for DevOps teams. They are the ones who drive the adoption of Terraform in the enterprise, because the tool allows them to manage a multi-cloud environment consistently, allowing provisioning and infrastructure management, both in the cloud and on premise. Vault is aimed at security teams, giving them a way to protect data in the cloud and make the transition from IP-based to cloud-based and identity-based security. Our Consul product targets network administrators and helps them implement architectures for a distributed infrastructure. Developers can use Nomad to deploy and run their applications on any infrastructure, on premise or on the cloud.

Who do you see as your main competitors?

The companies themselves! You will be surprised to see how many companies, especially banks, prefer to invest in the development of an in-house cloud management tool. But why spend three years creating something similar to Terraform, but ultimately much more expensive? These companies justify this choice, among other things, by fear of Vendor Lock-In, but they find themselves locked into their own solution. In addition, compared to the multi-cloud management solutions of traditional suppliers, our offerings are much more relevant to DevOps teams. We are anchored in the DevOps philosophy, offering a set of APIs and process automation capabilities based on the Infrastructure as Code principle.