We’re thrilled to announce that our first System Engineer has officially started working at Adfinis IT Australia Pty Ltd. Andrew Roffey will make our “Following-the-sun”-principle come true and relieve our swiss employees regarding the 24/7 SLA service, which they have previously mastered alone. 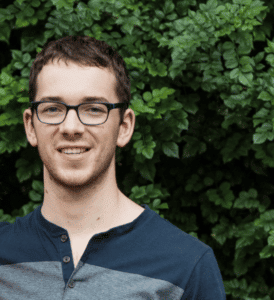 I am a Linux Systems Engineer and have been for around 5 years. Before that, I already had a background on Linux and for the most part, have been using it exclusively for nearly 8 years. Python is my scripting language of choice and have dabbled elsewhere, in Perl, PHP, JavaScript, and others.

I started learning about open source and free software many years ago and became very drawn to its philosophy and advantages. I wanted to work for Adfinis because the company has Linux and open source at its core. I’d also like to learn, widen my skill set in the field, meet new people and get involved with the community.

What I’m enthusiastic about – besides IT

Some of my non-IT hobbies include gardening, camping, cycling, and generally being outdoors. Like many others, I enjoy travelling and spent 6 weeks in Europe in 2019. Most of my time was spent in the UK, Germany,  and the Netherlands. I did briefly pay a visit to Switzerland, in Lucerne. The most memorable experiences were of course the mountains, the old buildings and the jingling of the cow bells.

A fun fact about me

I started learning programming when I was relatively young, at 9 years old. I mostly did VBA, HTML, JavaScript and CSS, and PHP a few years later. Whilst learning web tech I discovered Firefox which I thought was such a fantastic idea and how I first got interested in FOSS