Effort by Adfinis SyGroup and Collabora bring bits of StarOffice, OpenOffice and LibreOffice to the world of Apple iOS and iPad

A free / open source office suite within the palms of our hands. Collabora Office is now available on iOS.

What seemed impossible for a long time has now become reality. There is now a free / open source office suite available on iOS: Collabora Office. The efforts for this are led by Adfinis SyGroup and Collabora. What started back in around 1992 as the well-known StarOffice, then was OpenOffice.org and now lives on as LibreOffice, is finally available on every relevant platform including (but not limited to) iOS, iPadOS, MacOS, Android, Chrome OS, Windows, Linux and also within the browser.

There is a lot we want to tell you about this first open source office app for iOS. In this blog we put more focus on the history of the story; the blog at Collabora, has more focus on the interesting technology.
But before we tell you more about the new app, we show you first what it looks like: 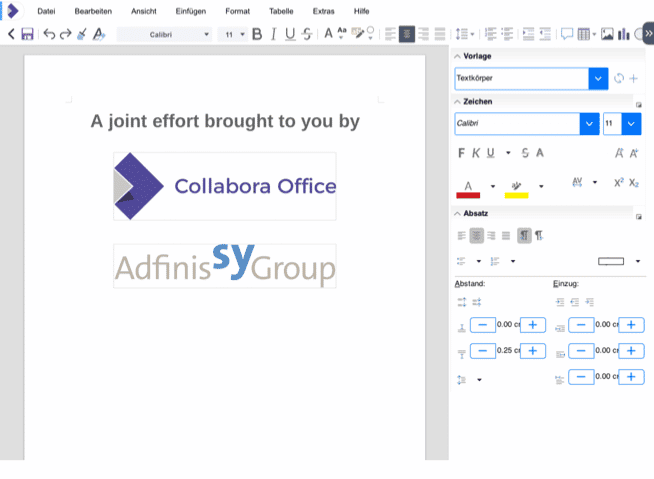 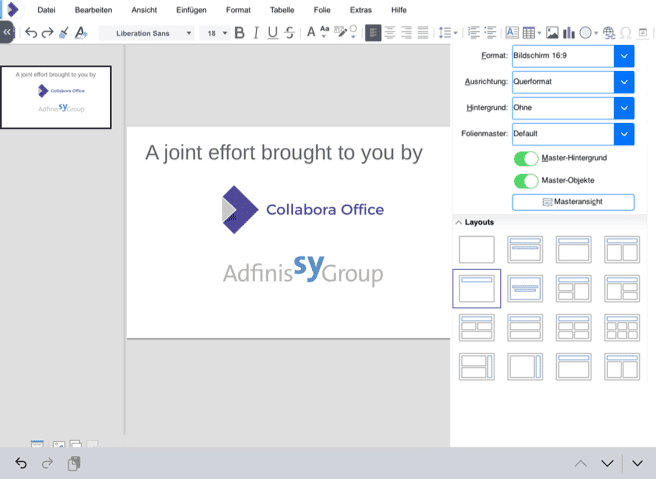 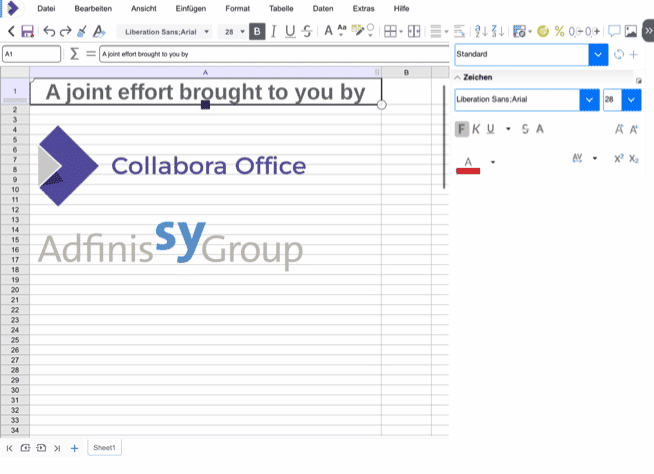 The journey from StarOffice to OpenOffice and from there to LibreOffice is quite an interesting piece of history. Most importantly it shows that free / open source software won’t just vanish if one stakeholder pulls the plug. The availability of the source code guarantees that free / open source software can continue to develop independently of the commitment or existence of individual economic players. The code of today’s LibreOffice originated from StarOffice, whose first word processor was already published in the 80s. The disclosure of the source code of StarOffice in 1999, which in the meantime had grown into a complete suite, enabled the development and rapid distribution of OpenOffice. Today, 200 million users worldwide trust its successor LibreOffice, which has been continuously developed under the umbrella of the Open Document Foundation and through the development work of 1000 volunteers and commercial software companies such as Collabora.

Collaborative work on documents requires that team members work independently of their location. One of the weak points in the past, however, was the limited availability on mobile devices. LibreOffice and OpenOffice were not available on iOS for many years. The situation on Android was not too golden either. Chances however turned with strong investments from Collabora to bring LibreOffice to the cloud. And once LibreOffice in the browser was a fact, it became feasible to leverage that technology for the LibreOffice apps on iOS and Android. The new iOS App enables iPhone, iPad and iPod Touch users not only to use LibreOffice Online from their mobile Apple devices, it also paves the way for a much faster extension of the functionality of the Android app. Collabora Office makes document processing mobile. Working with documents is always a matter of trust. Work from wherever you want, but maintain control over your data everywhere.

Why do we need an iOS app? A case study in the field of education

Of course, there are well-known reasons why an iOS app is important and good to have. But in this special case it started with a public tender of a public school where one of the primary aspects was to build an IT platform with data privacy in mind. The idea seems simple: let’s not send data from pupils to cloud providers who are going to use data analysis to create profiles of them. Instead let’s use self-hosted and free / open source software to build a private cloud that offers the same services as the proprietary vendors.

The solution we came up with combines are the following ones: Nextcloud (for file storage/sync), Mattermost (as Whatsapp alternative), Kolab (groupware) and Collabora Office (which is an enterprise ready solution of LibreOffice). The services run on Red Hat Linux in the data center of the customer. Everything was provisioned through Ansible and the end user will use Apple iPads to do their work.

In order to achieve the best possible user experience, we wanted to use native apps wherever possible. For mail, calendar and address book we could use the Apple tools and connect them through Active Sync with the Kolab. Mattermost offers a mature iOS app, Nextcloud does the same but with regard to LibreOffice, this was not accessible for the iOS Platform – until now!

After spending some time to evaluate the possible solutions it became clear that having a native LibreOffice app on iOS is the way to go. A first way to do that, would be making the visual layers of LibreOffice work on iOS. That however was not possible in a short amount of time. Luckily the Collabora developers came up with an even better idea: why not use the same approach for iOS and Android, that is used for the browser/online stack?  This approach uses modern browser technologies and builds a JavaScript/HTML based interface around the LibreOffice core. It has advantages such as the document rendering being the same way on all available platforms — a document won’t be damaged after it has been edited in the browser or on a mobile device and then opened on the desktop. It will always stay the same core and the document will always be displayed exactly like that! Furthermore, each of the said solutions would profit from same improvements by choosing the same approach for iOS and Android.

State of Collabora Office on iOS

After our first public  announcement a lot of work has been done to create an app that is stable, cool and useful. There are still some rough edges we have to remove but the overall result is getting better day by day.

There are currently two possible ways to get the app:

Over the past months, more than 60 versions have been released and over 100 improvements and enhancements have been completed.

Some of the highlights of Collabora Office on iOS

Learn more about the technical details and features of the app in the Collabora blog post.

What’s next for Collabora Office?

As you can read and experience yourself, there are very good reasons to be happy with what has been achieved so far. Of course, there is still a lot to do and so we already have the following things in mind:

Note: these points may change – this list is not a road map!

How does this help LibreOffice on Android?

As already described above, Collabora leads the effort to use the same approach we use in the iOS app to deliver a new Android app.

During GSOC 2019 Kaishu Sahu did a great job and improved the Android app a lot. Jan Holesovsky (Collabora) is working to improve the situation even further and we should see a public release not too far in the future.

If you’re interested to learn more about the Android efforts or how to join, please contact Collabora.

last but not least it’s a very good way to support the development of things like this iOS app!

Let’s be frank: money is very helpful to further speed up the development. So, if your organization plans to use LibreOffice on iOS (or any other platform) we’re happy to get you on board! Please don’t hesitate to contact us directly to discuss possible ways to support the development.

It’s your turn: you can help to make this better!

If you plan to use LibreOffice in an enterprise environment whether on the desktop, on Android or on an iPad – we strongly recommend the enterprise ready version offered by Collabora. You’ll get long-term support with SLAs and last but not least it’s a very good way to support the development of things like this iOS app!

This fantastic work would not be possible without the strong support and investment of Collabora. Their support and outstanding expertise form the solid base of this effort – without them, we would not have made it as we did. A special thank you goes to Tor Lillqvist who put a lot of work into this and did most of the engineering/coding. I’m delighted to be able to work with Tor on this and look forward to plan more such excited things with him.

Last but not least, Adfinis SyGroup pays some of the bills here as well – thanks to the entire crew works hard every day to provide more Free and Open Source solutions to the people out there! You’ll get support with SLAs, long-term support and It’s your turn: you can help to make this better!

The following images illustrate the state of the app: 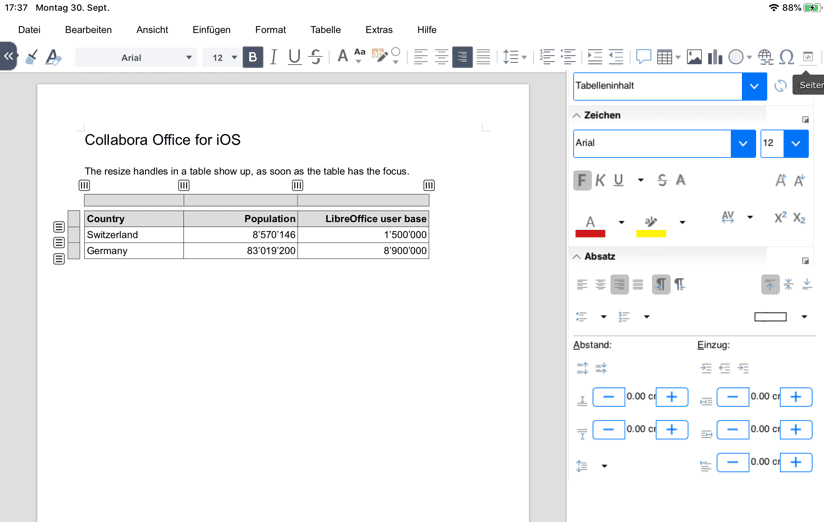 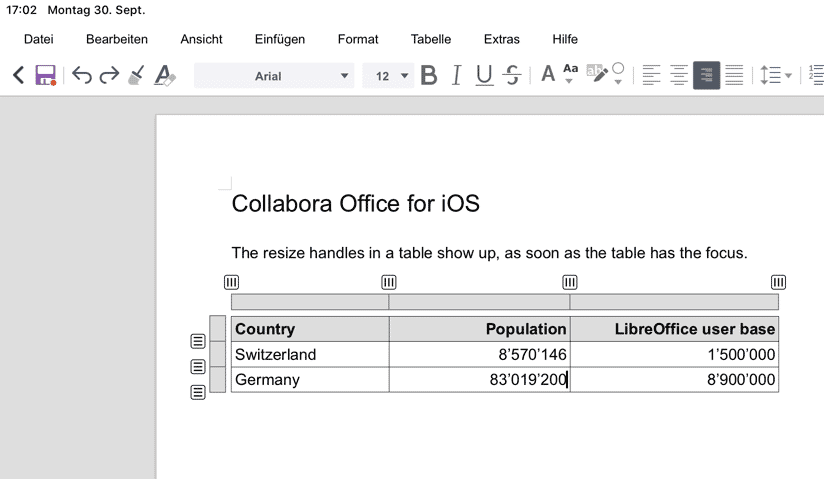 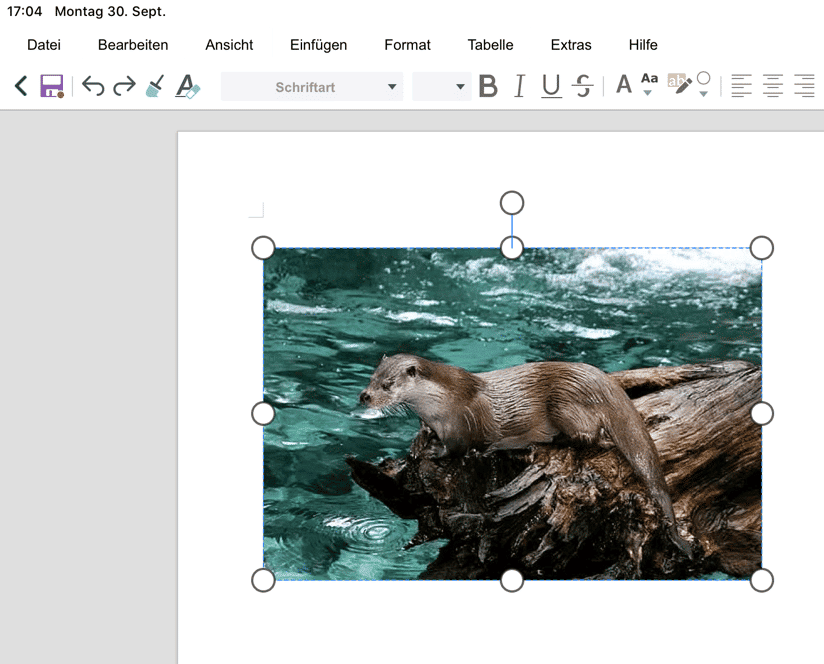 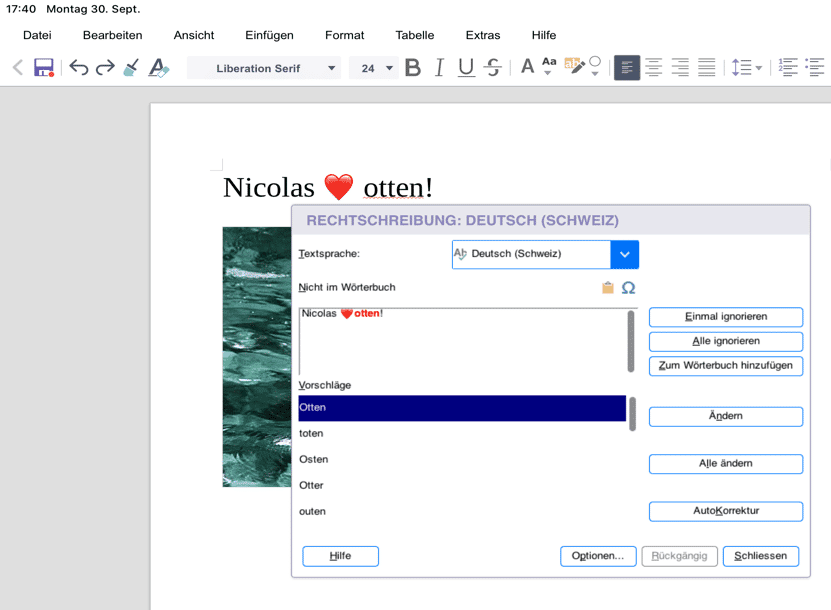 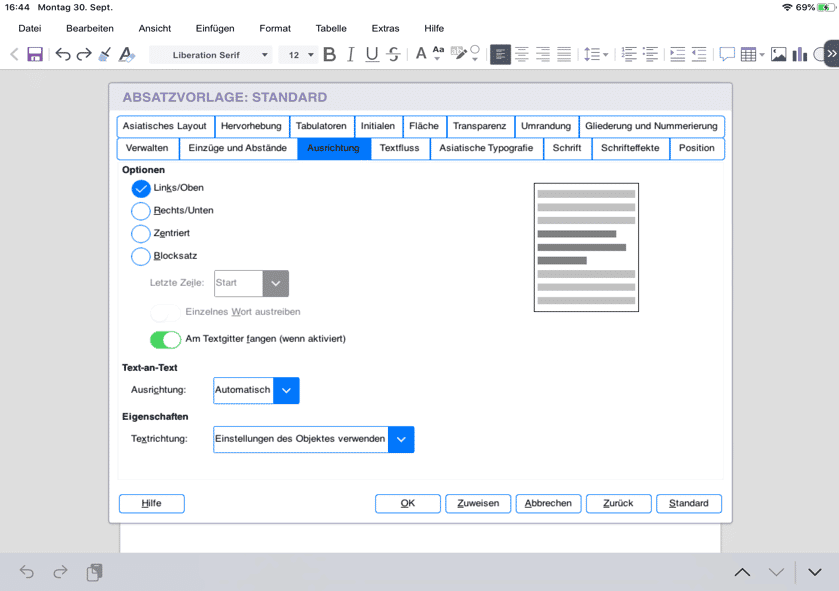 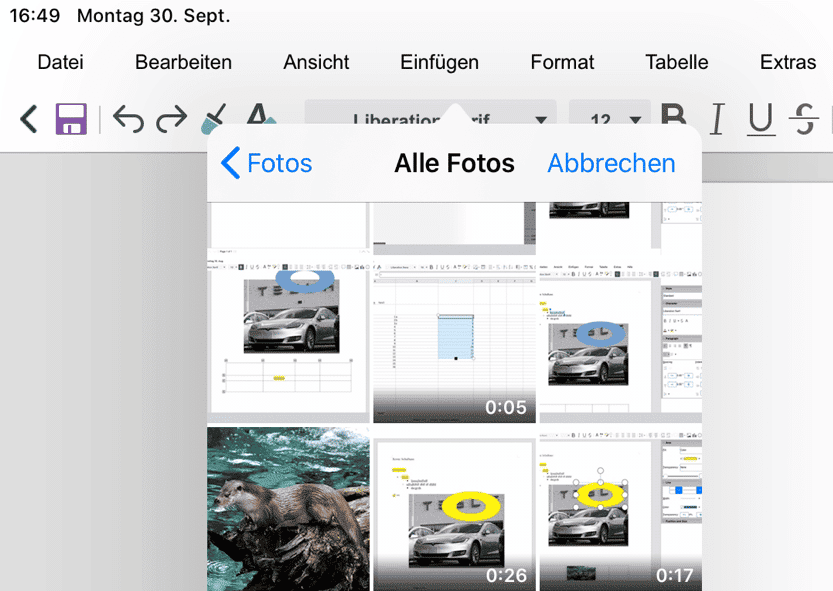